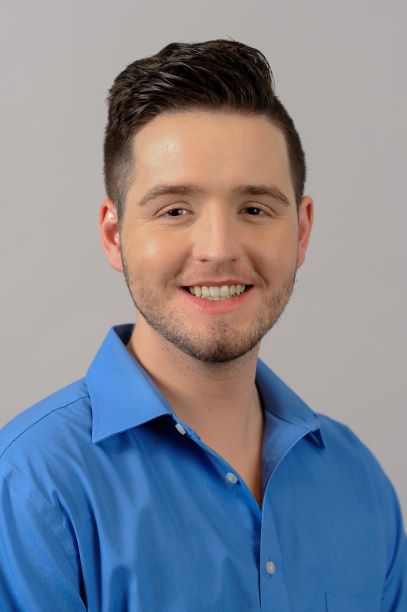 Pierre resides in Bakersfield, California and has been tutoring with Firefly Tutors since May 2022 and has been tutoring since 2013. What Pierre loves most about being a tutor is getting to interact with all different kinds of people. When he was a student at CSU Bakersfield, he worked in the university writing center as a writing tutor. Most of his clientele were international students who spoke English as a second language, so he got to meet people from all over the world who spoke many different languages.

Pierre tutors math, language arts, all grade-school level subjects, and especially enjoys working with students who have learning differences. His favorite subject is language arts. He really enjoys doing research papers and helping others write on topics such as humanities.

Pierre’s favorite tip for students is, “practice makes perfect” and “Rome wasn’t built in a day”. Students do not always understand something the first time or master a subject in a short time. Students can get frustrated when they don’t understand something right away, especially if it seems that others understand it faster. It takes patience and perseverance to succeed.

“I volunteer for a nonprofit in Bakersfield called the Kern Literacy Council that offers educational assistance to socioeconomically-disadvantaged people. I am an English second-language (ESL) and citizenship tutor to help people who immigrate to the US better their English skills and prepare for the US citizenship exam. My first ESL/citizenship student (who I still tutor today) was a woman named Patty, who immigrated to the US from Mexico in 2014. She had taken English classes from the Bakersfield Adult School but needed a tutor to help her practice her English and study for the citizenship exam. We started working together in June 2020, focusing at first on the US history, government and politics of the exam. We then transitioned into English by doing several different activities. One thing I have her do is watch movies in English and write essays summarizing them. We then discuss and critique the movies, as well as make corrections to her essays as needed. Doing this helps her to listen to dialog in English, practice her grammar and composition, and hold conversations in English.

Since I started working with her, Patty has made a lot of progress. In March 2022, she took the citizenship exam and passed, becoming a US citizen. In April 2022, the Kern Literacy Council held a charity dinner where Patty was invited to give a speech talking about her experiences in immigrating to the US and learning English as a second language and how the Kern Literacy Council helped her in doing so. She was nervous, but she spoke very well and got massive applause. I am so proud of how hard she worked learning English and have a lot of respect for her in becoming a US citizen; it is not an easy process!”

In his free time, Pierre loves to play the piano and compose his own music. He composes songs on the piano and then writes them in MuseScore3, a music notation program used to write sheet music. He is a huge music theory nerd quoted saying, “I like to study different genres of music and the aspects that differentiate them from one another, as well as read articles and watch YouTube videos about music theory. Someday when and if I have the time and money I want to get a degree in music theory and piano composition to get a formal education in music.”

1) He has a collection of long socks with fun patterns and cartoon characters on them that he wears when he does in-person tutoring. It makes tutoring more fun, especially for the younger kids.

2) Pierre is a huge Billy Joel fan. He is one of his biggest inspirations to play the piano and write music. When Pierre was in high school, he played a medley of his songs on the piano for the school talent show; and even added the harmonica during “Piano Man” for the finale. He won the prize for the best act, his proudest moment in high school.